This year is a very special one for Women’s Pioneer Housing as it is celebrating its centenary.  Lots of work has been done to find out about its history.  Sadly the health emergency means some disruption to the programme but we hope to be able to fulfil most, if not all, of the heritage project’s aims. 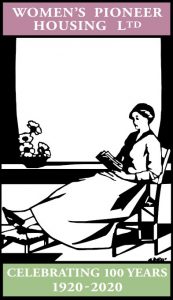 In 1920 the Anglo-Irish suffragist, Etheldred Browning and a group of like-minded women founded Women’s Pioneer Housing

‘to cater to the housing requirements of professional and other women of moderate means who require distinctive individual homes at moderate rents’.

To mark this momentous occasion, Women’s Pioneer Housing decided to research its history in detail.  Some volunteers from the U3A began the research in 2017. Three are still hard at work. Lottery funding awarded from 2018 paid for a project co-ordinator and a PhD student working on the design of housing for women also joined the team. 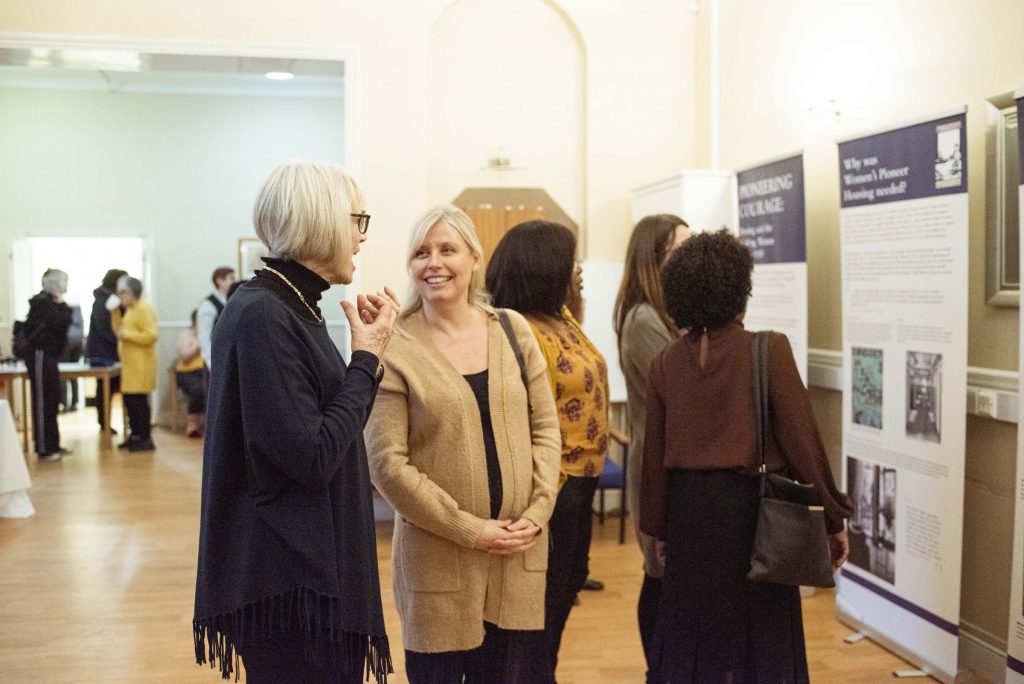 Volunteer researchers at the exhibition launch

What have we discovered?

The research team wanted to explore the lives of the founders, many of them involved in the campaign for women’s suffrage, women like key suffragette Helen Archdale and campaigner Ray Strachey, and women able to gain professional qualifications for the first time, including the association’s first architect, Gertrude Leverkus and its first accountants, Miriam Homersham and Ethel Watts.  We also started to look at the questions of who lived in Women’s Pioneer Homes, what work they did and what jobs women were doing for the first time. We also investigated the funding of the fledgling body.

The re-discovery of a number of minute books and other records from the organisation’s earliest years and a folder of original plans and drawings dating to the 1920s to 1940s has been very helpful.  We have also made use of the internet, especially Ancestry.com and FindMyPast.com, in order to research the lives of individual tenants. 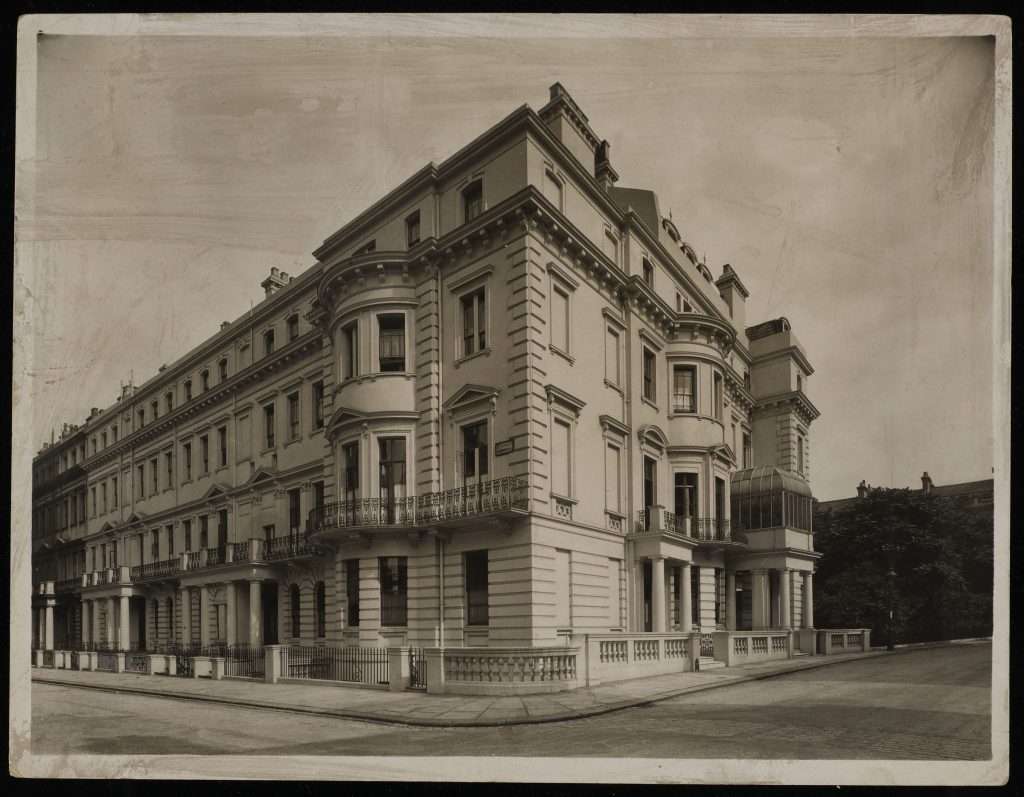 A film summarising the history of Women’s Pioneer Housing, Pioneering Courage: the Women’s Pioneer Story was completed in March 2019 and is available here on the WPH website.  There are plans to produce a follow-up 10 minute film in which WPH staff, residents and others explain how the lives of the WPH pioneers have inspired them in their own lives.  We are also working on public internet access to much of the research, extracts from oral history interviews and complementary learning materials.  Public health emergency allowing, these will be launched at Founders’ Day on 1st October 2020. 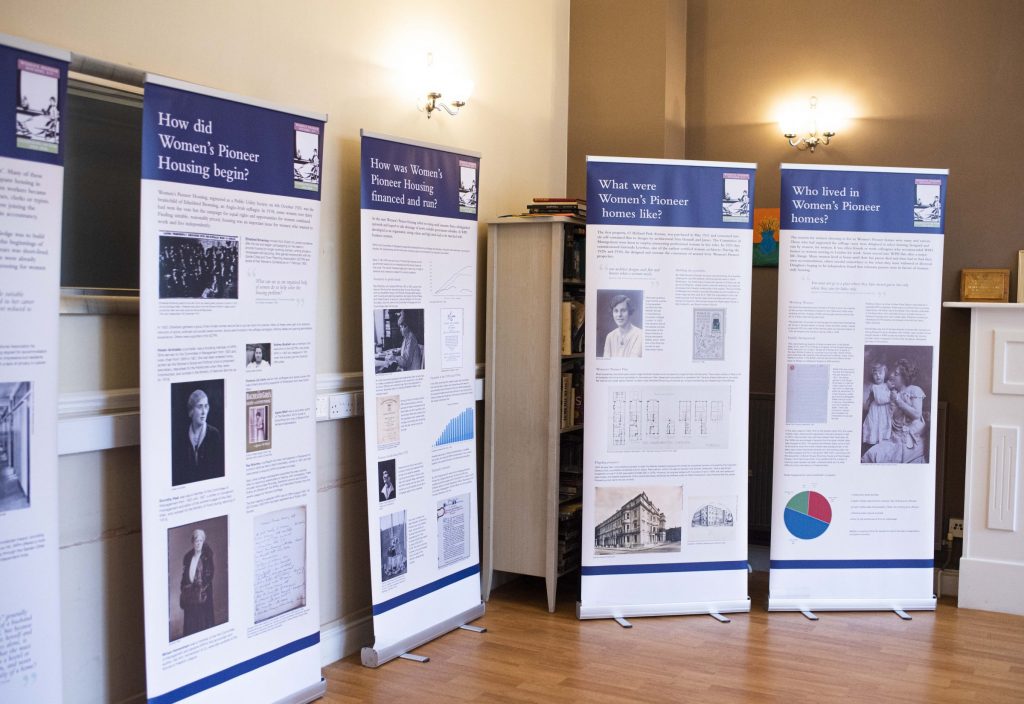 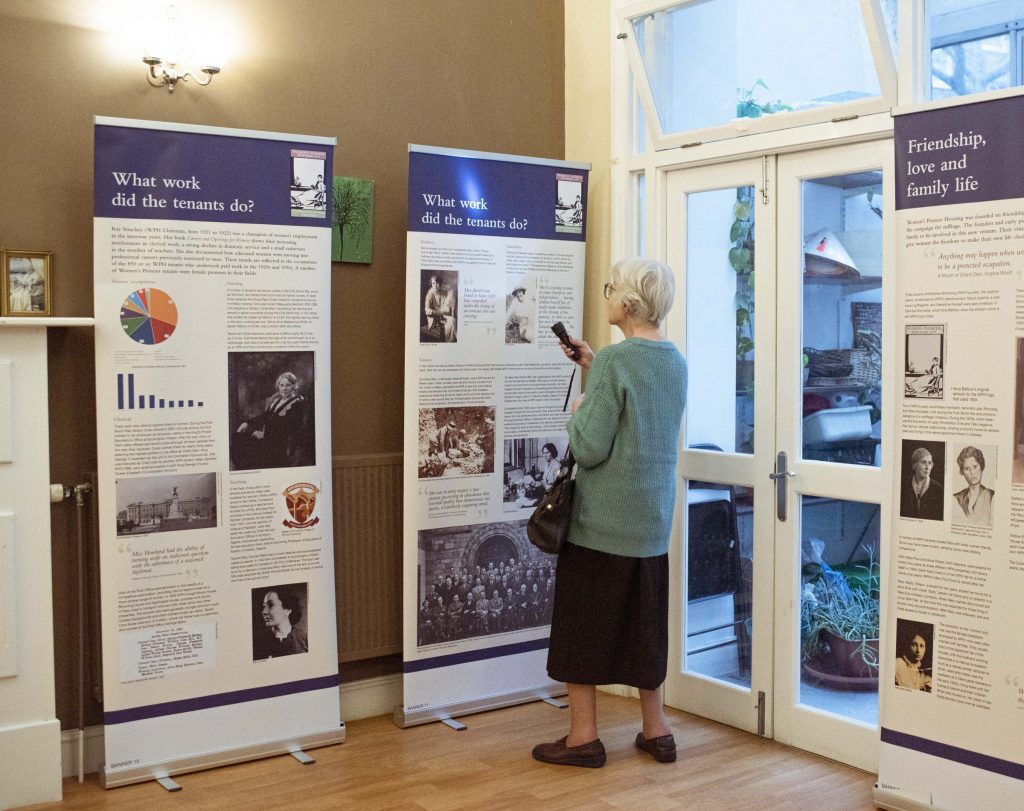 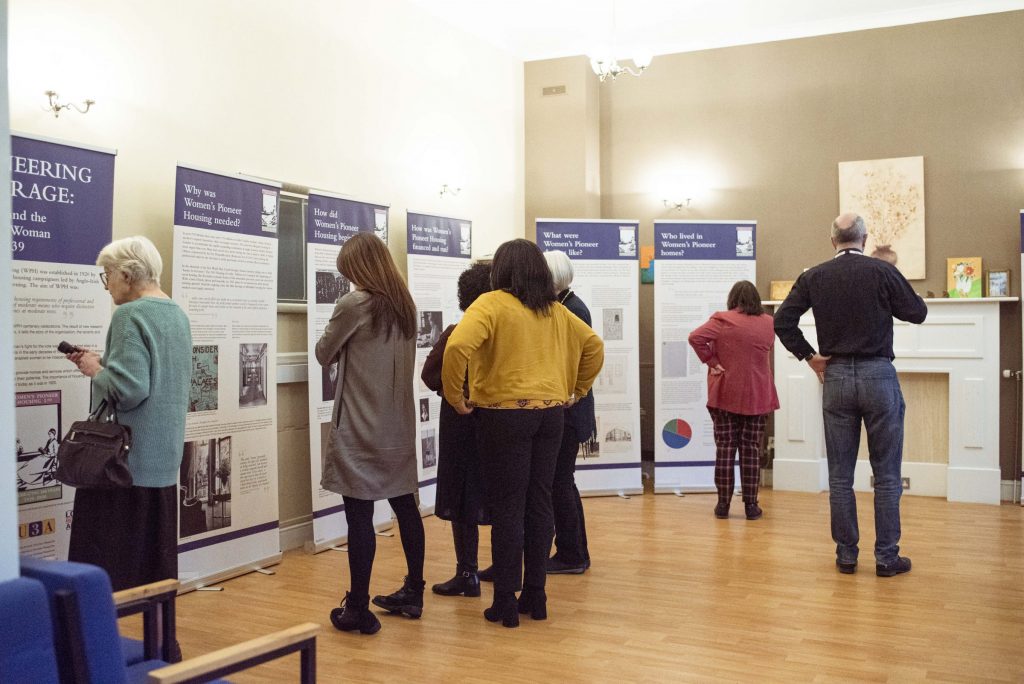 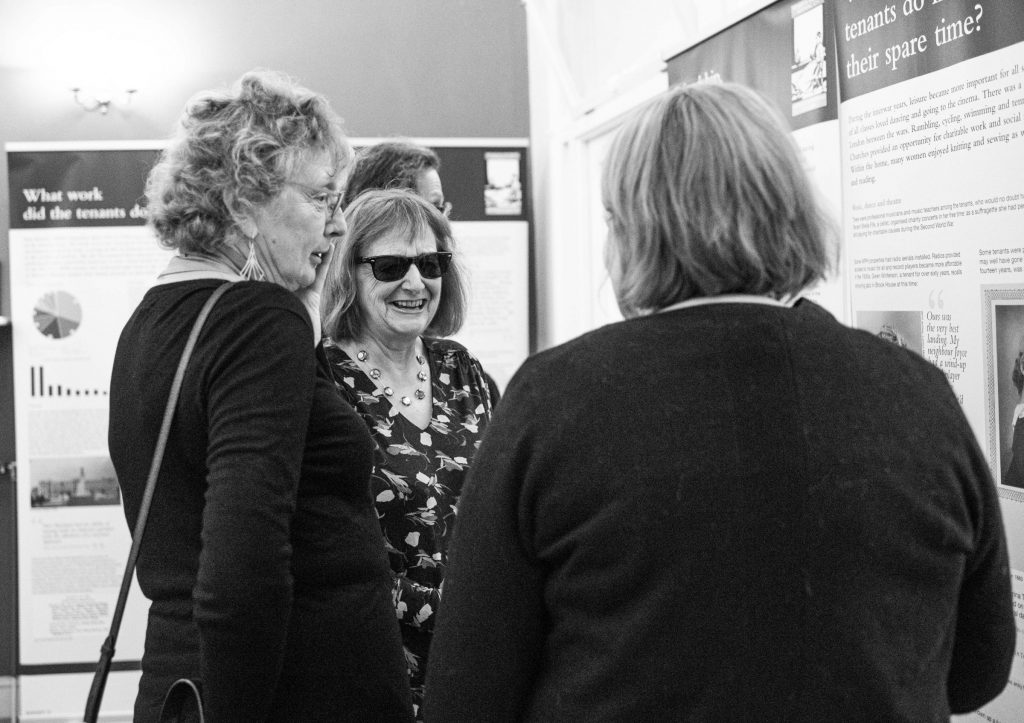 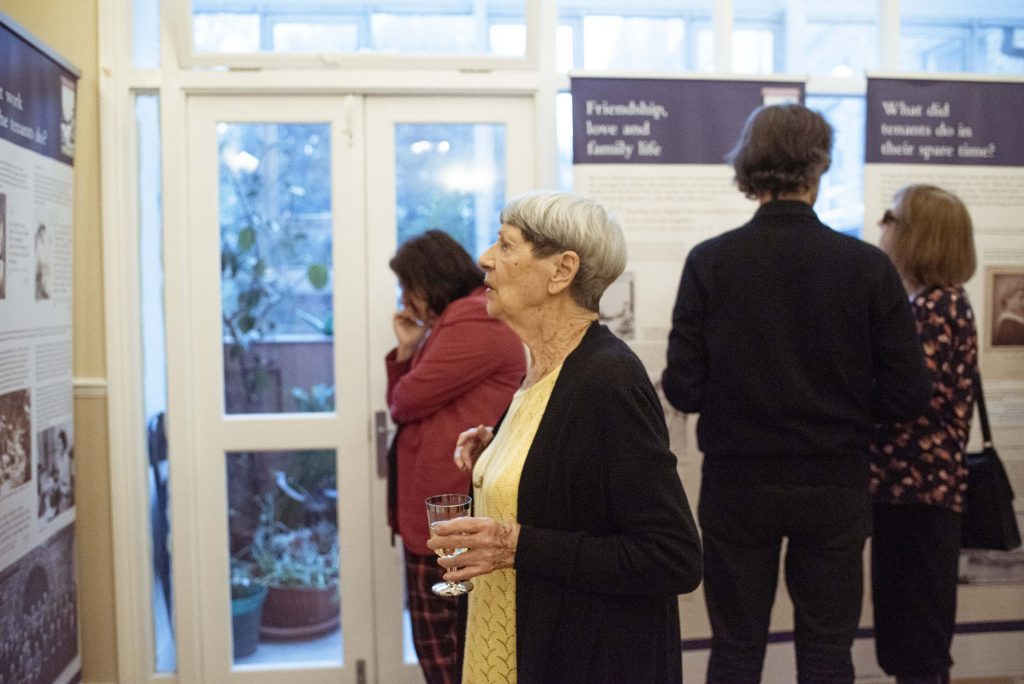 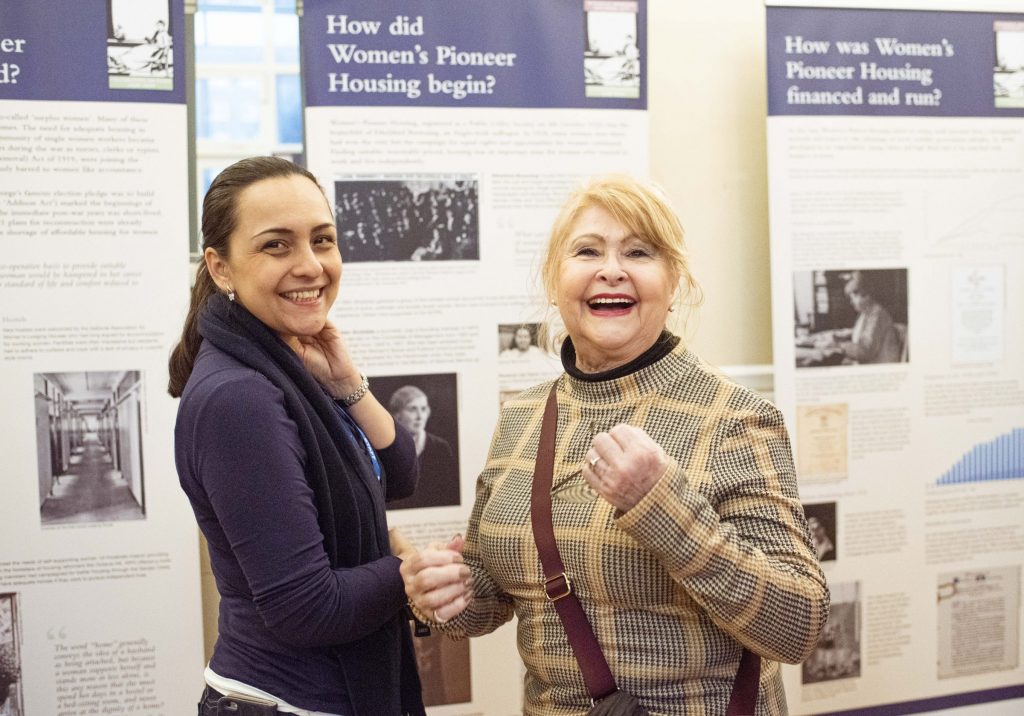 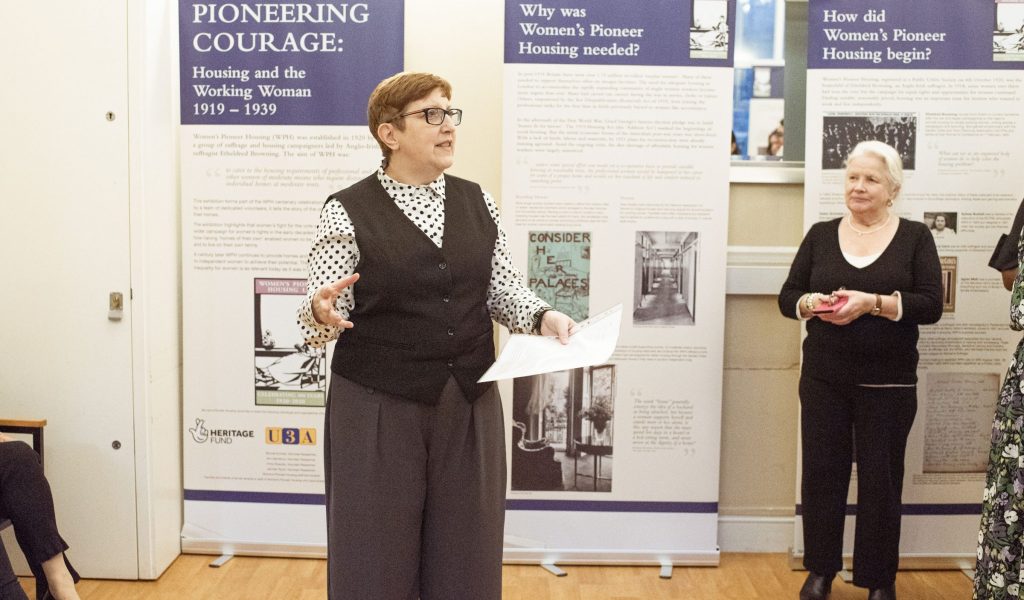 The exhibition Pioneering Courage: Housing and the Working Woman 1919 – 1939 was launched on 9th March at WPH flagship property, Mary Smith Court in Earl’s Court. Ten banners explain why WPH was needed, how it was set up and financed, who lived in the first flats, their jobs and careers and how they spent their spare time.  It is not possible to tour them at this time but we hope that later this year it will be possible to show the exhibition at the London Metropolitan Archives, at libraries in Fulham and Kensington and at the Feminist Library in Peckham. 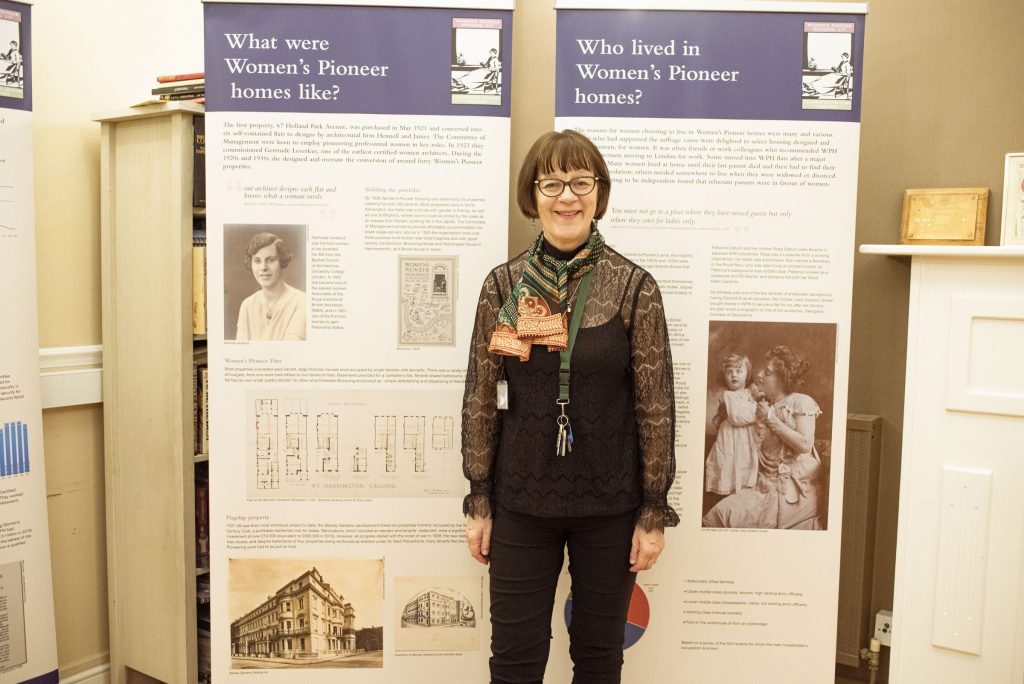