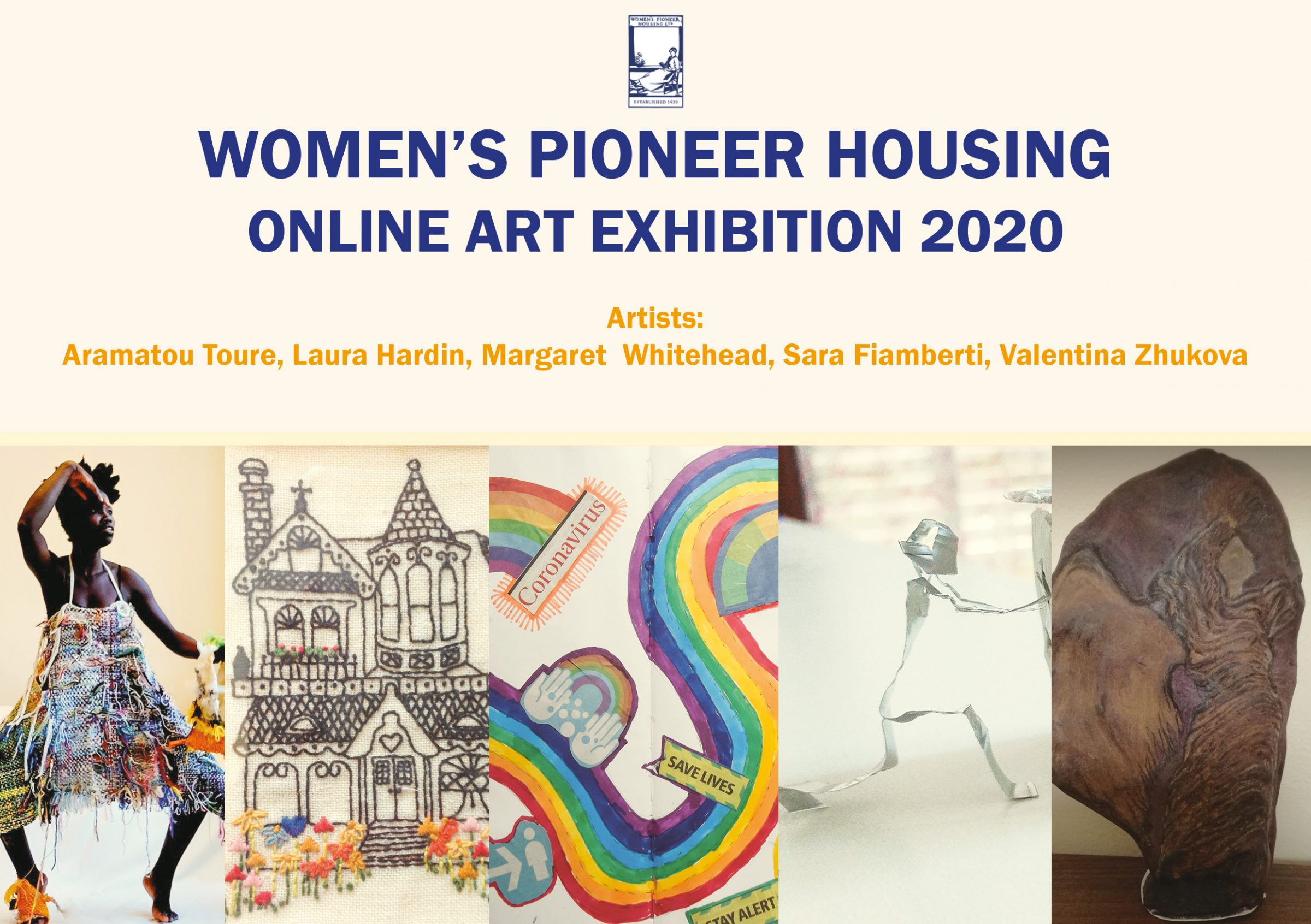 We decided to host our Annual Art Exhibition in a different format this year. It was not possible to host a physical event so we used our digital media to showcase the fantastic artworks created by talented artists who live in WPH homes. Artwork submitted used different media and material resulting in themes all striking and showing the array of art in its different forms. Themes include Black Lives Matter, lockdown, dance, culture, everyday life and its details. Come with us and dive into this myriad of colours, information and materials.

Memory: Crying Dance of River
“This is a project which has been inspired by my observation of the past and the present; what has happened so far inspired by the movement: ‘Black Lives Matter.’ The history of slavery and colonisation entangled both good and bad. Suddenly, people are awake; they are saying things cannot carry on the same way anymore. But the same time history can not be forgotten because the past constantly catches up with the future. Now, the world is trying to amend wrongs of the past. Actions they include the removal of statues of the profiteers of slavery. It is proposed that they be moved to a museum and accompanied by a script that describes their past actions accurately.

Many people in power would like to sweep past wrongdoings under the carpet. When people raise their voices in protest, they shoot and slaughter them like animals. The oppressed never receive justice.

I think 2020 has been a year of revelation trauma and conflict; many of us have been involved with attempting to disentangle our emotional histories.

People are Dance of the River we want to change now, and it must happen now for the present generation and a better future for the next generation.”

“This collection of embroideries were all produced by kits.  Back in the 1980s, I used to do home embroidery parties for a company called Creative Circle, where I would teach guests to do simple embroidery stitches and then hopefully they would buy some of the kits. The photos of the houses represent houses I frequently saw in San Francisco when I lived there. They all represent many hours of keeping busy while enjoying an evening film!”

“I’ve been an amateur artist almost as long as I can remember.  With no art education beyond secondary school, I have continued studies at evening classes, weekend course and art clubs.   One learns from fellow students as well as tutors and makes like-minded friends along the way.  On travels, I take a sketchbook and there have been painting holidays at home and abroad which included memorable experiences in Turkey, Greece and Morocco.  Drawing and painting in acrylics and watercolours are favourites but also experiments with mixed media including collage.  Subject matter includes landscape, still-life and abstraction and design.  Keeping busy is no problem – there’s always something to look at and make art!”

“I draw through making. Spontaneity and the urgency to create is expressed through my work. These pieces were made in May during the lockdown and created with unfired clay and tin from recycled tealights. Miniatures of possibilities.” 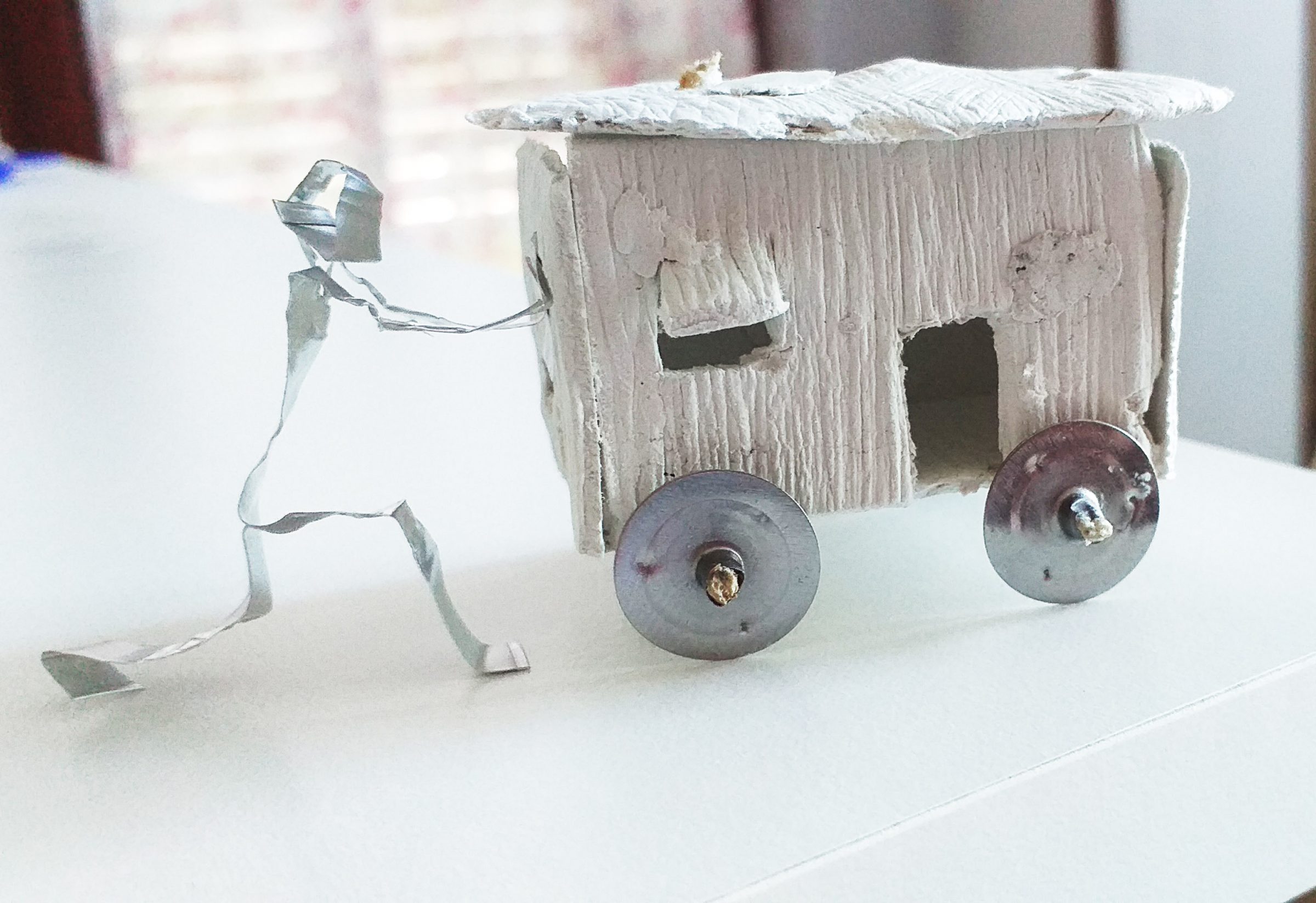 “”Art Within the Stone”
At the moment this style is unique. Along the seaside, I find ordinary stones on which nature creates awe-inspiring paintings and drawings.
Each stone is unique, stone images are as individual as a fingerprint.
I have developed special techniques that allow me to brighten these images and present them to the audience, helping people see these wonders of nature.
In fact what I do is enhancing the art within, the same way a Makeup Artist would to a human.
My works have been presented at exhibitions in both Lithuania and London. At the moment, some of my works are constantly shown at the Alanta Manor Museum (Alanta – Lithuania). Exhibitions are planned at the Raudondvaris manor gallery (Kaunas – Lithuania) and the Republican Museum of Stones (Mosedis – Lithuania).” 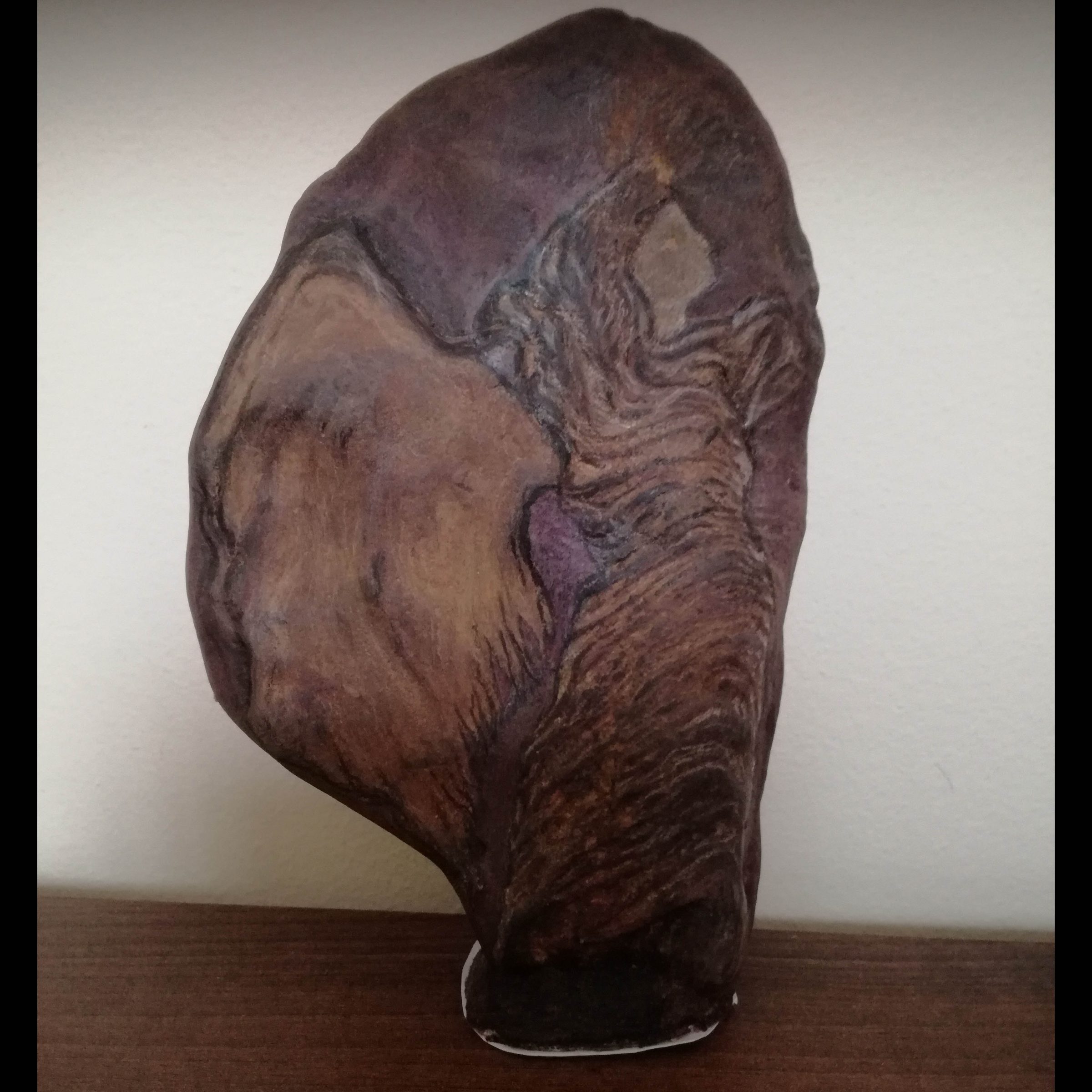 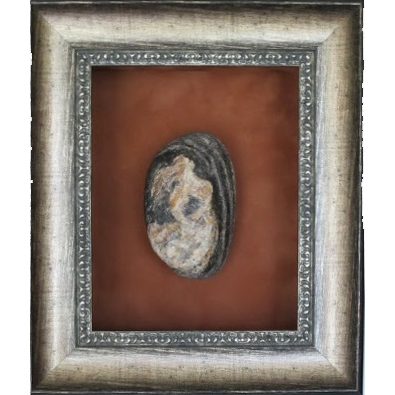 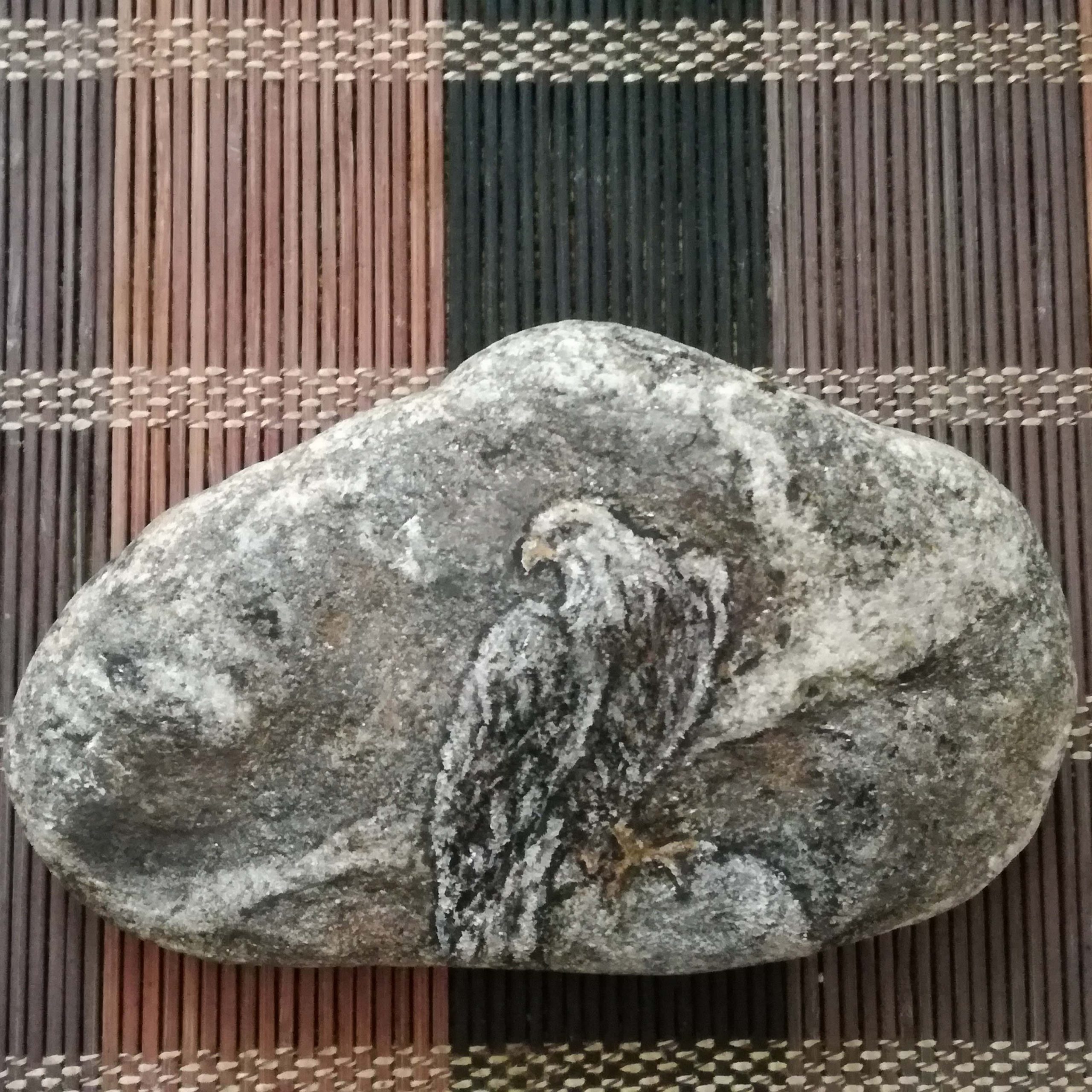 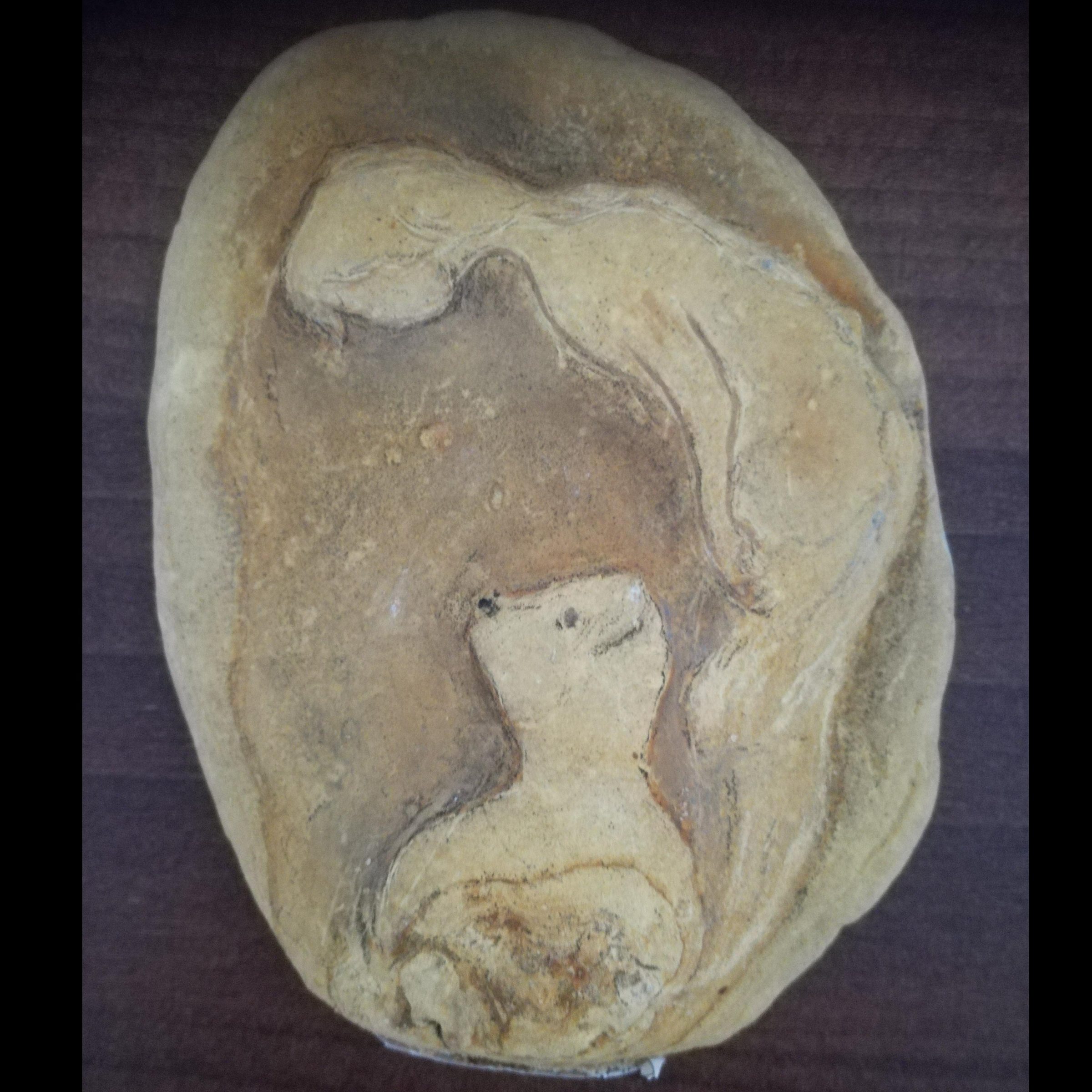 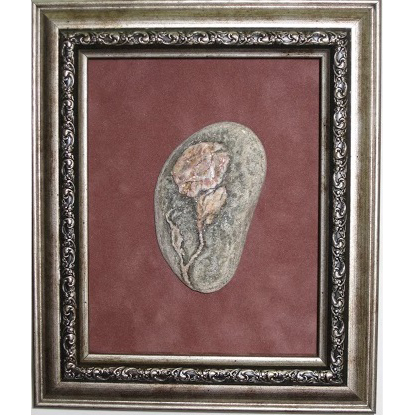 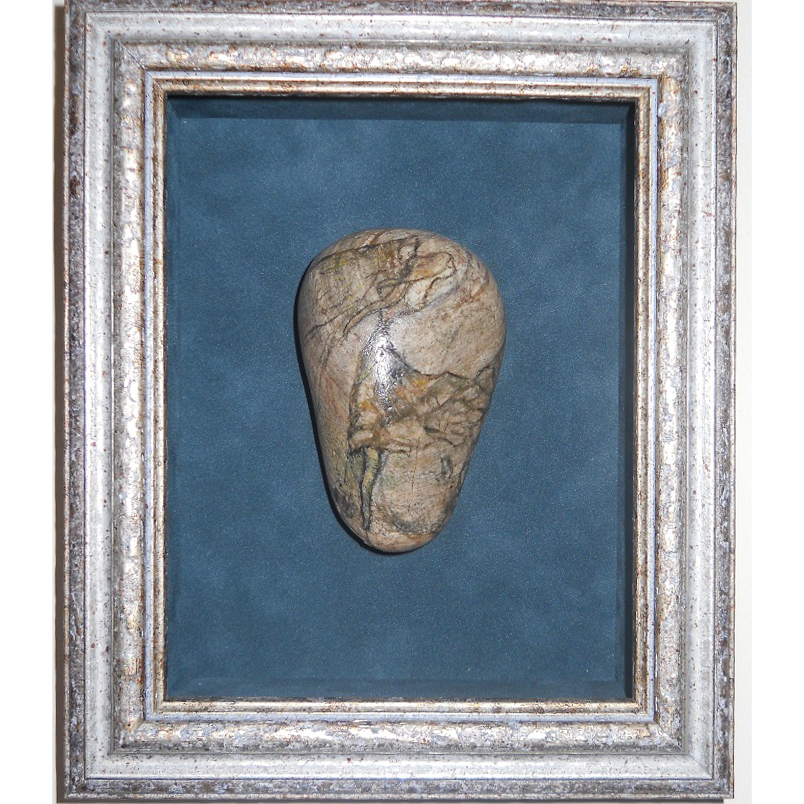 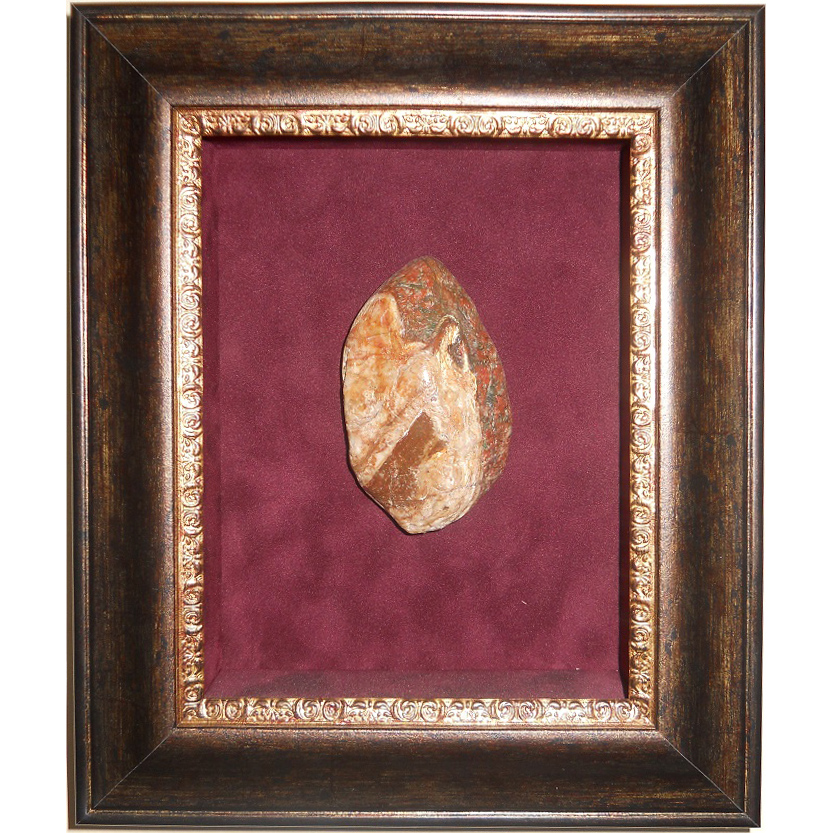 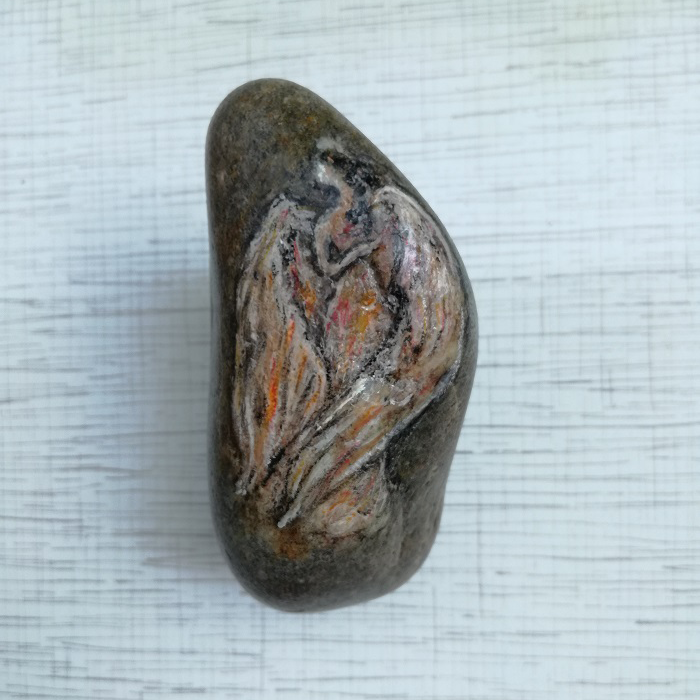 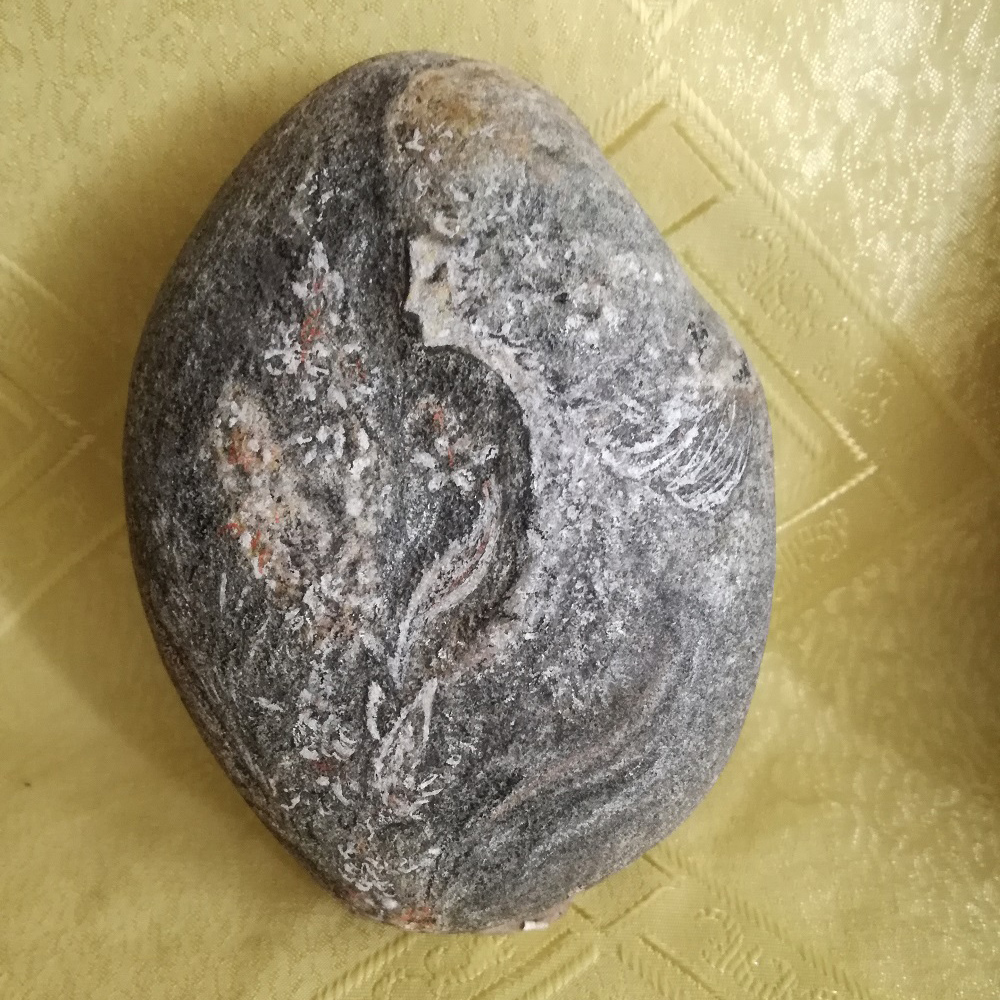 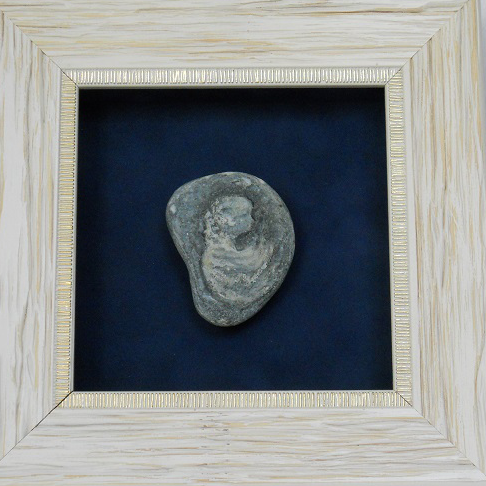 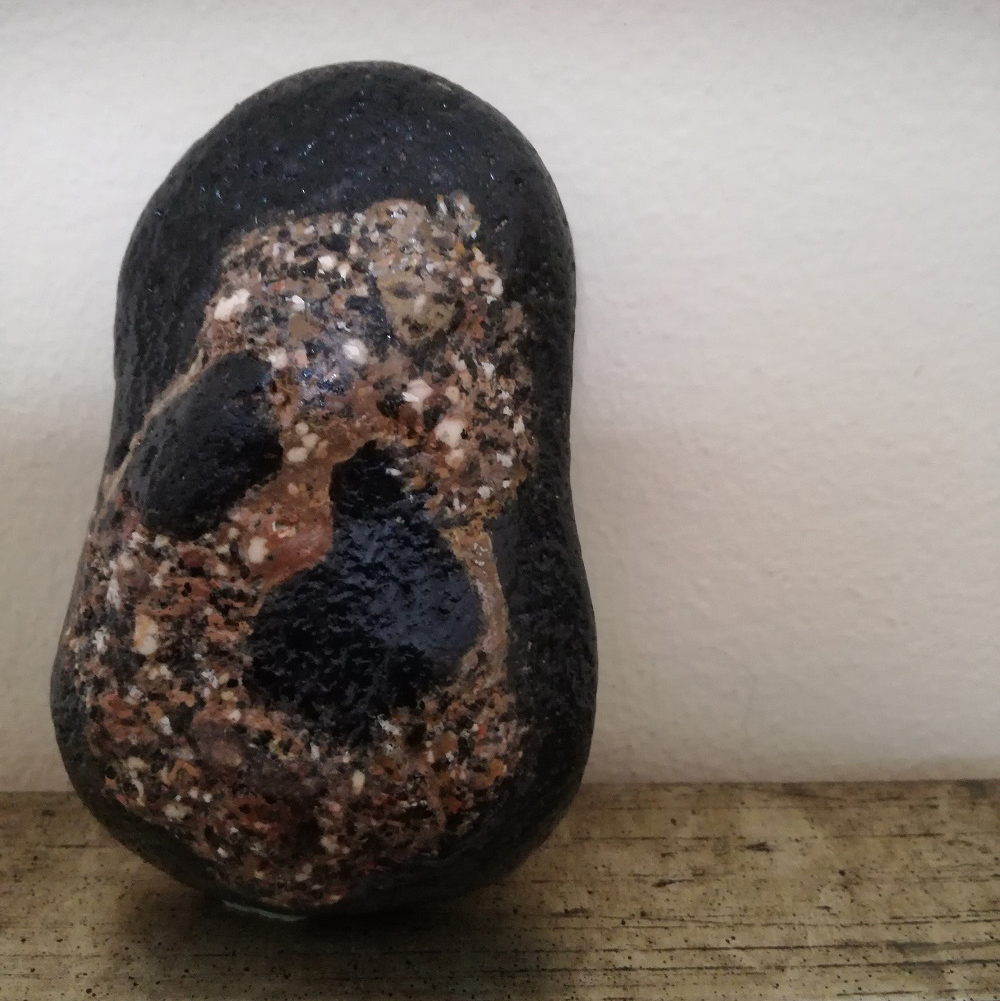 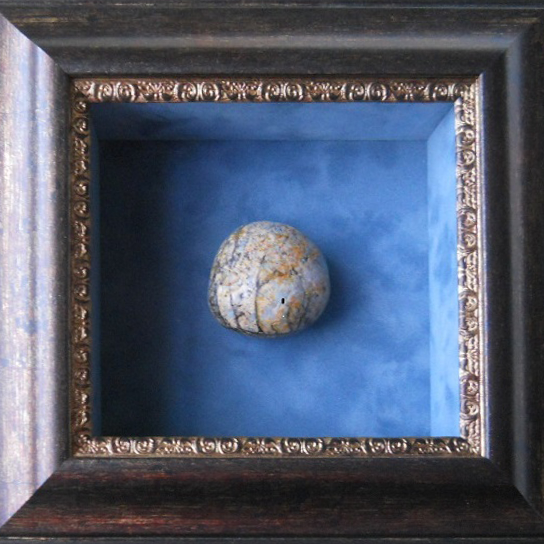 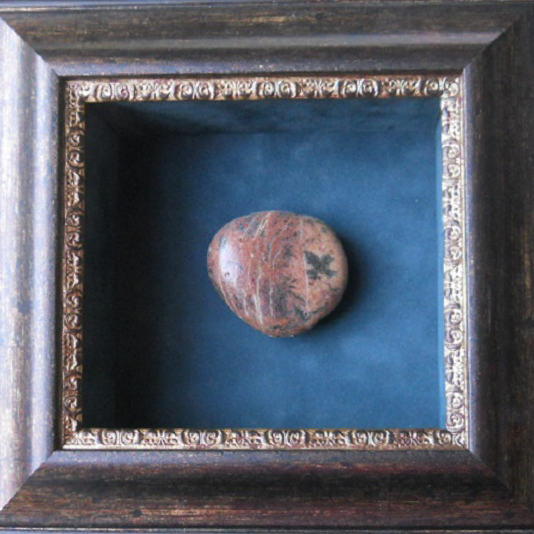 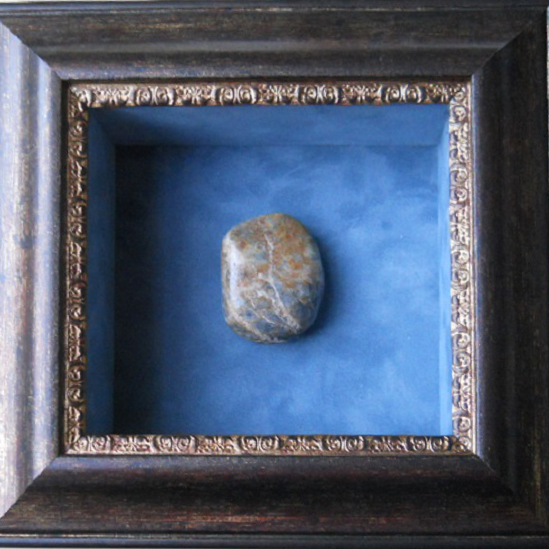